Saturday, I had the opportunity to operate for most of the of the day from St.George island near Apalachicola Florida. There was a spot on the Northern side on the sound I wanted to try. This is on the opposite side from the beaches. It is funny when you get to the park early you can say you own the spot ($4 price for great real estate) as you are all by yourself. I did own this spot pretty much all day. The only exceptions were many tiny sand crabs near me that were quite active. 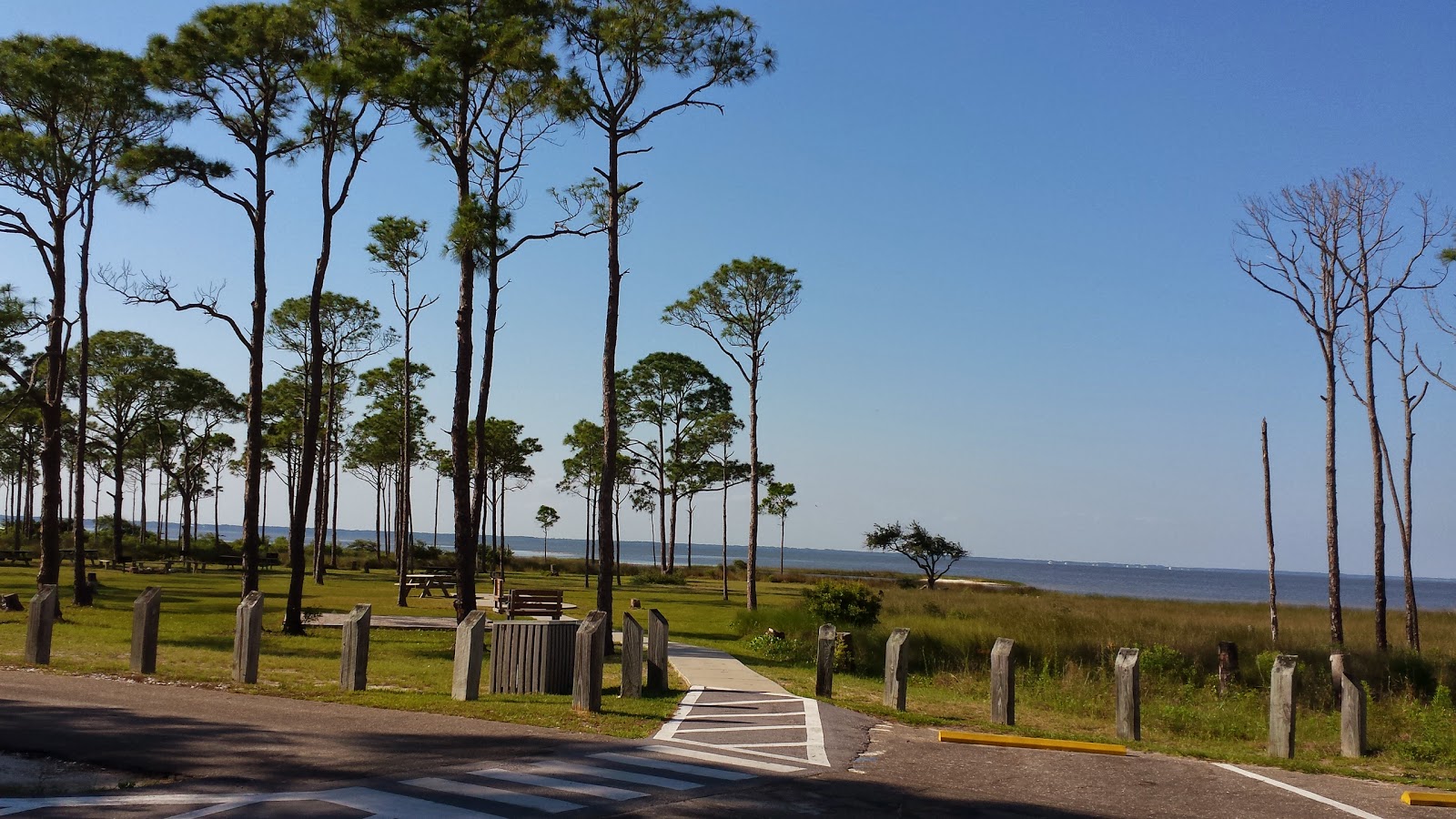 My initial setup was the KX3 and a 100 foot wire held in the center by a 31 foot pole. It was fed with a 9 to 1 balun. The near end sloped down to my operating position by the water the far end was held up by a 20 foot pole. The wire ran East/West and I was hoping that a lobe off the end would point toward South Africa. The lobes tend to be off the ends when the antenna is several wavelengths
which it would be for 10 meters. 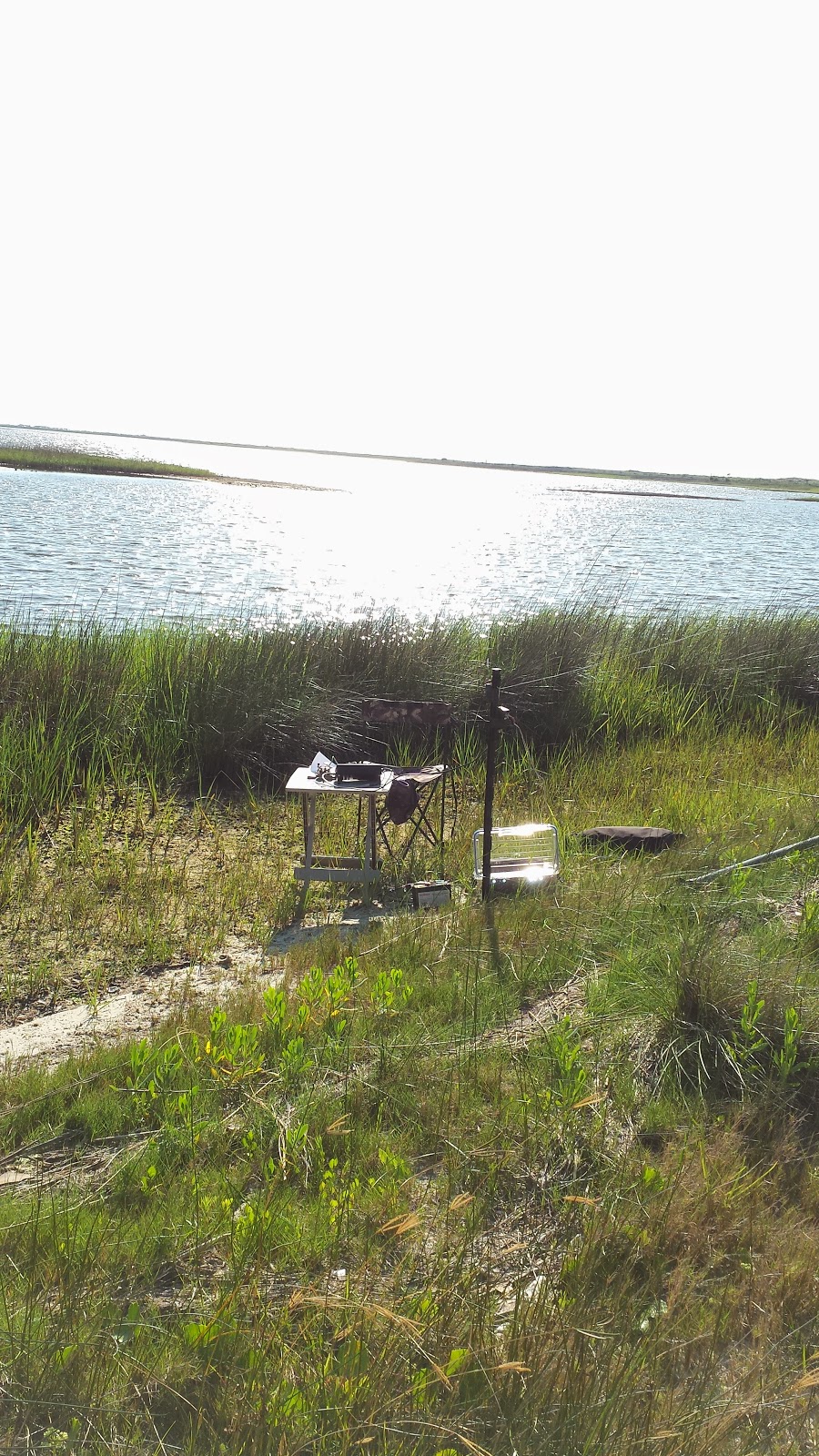 I had several schedules I wanted to make. The first was Tom WD0HBR my friend in Dothan, Alabama. Sure enough we had a successful QSO on 7.110. Tom runs 5 watts with a MFJ 9040 and a 40 foot wire. It is nice to know I can reach Tom if all the usual means are lost. Tom and my parents live in the same town. The second was John W8JER in Sturgis, Michigan.  We met on 17 meters SSB. John was 15 over with his home gear. He had me S9 to 10 over. We had a 30 minute chat with no problems. Micky said hello. John and Micky spend a few months of the winter in Panama City.

The third schedule was Eddie ZS6BNE in South Africa, Eddie and I had been trying for a intercontinental RaDAR QSO several times. I had heard him once pretty good but he did not hear me. Ten meters was the ticket this time. He heard me and gave me a 419. I gave him a 439. We both were running 5 watts. His antenna was 10 meter J pole. This tells me I should be using my 10 meter J pole which I have stored away.  I also worked another RaDAR op Fred VE3FAL who was portable running 5 watts. I have to say this was  another good performance from the 100 foot wire. I had good luck on 40, 17 15 and 10 meters.

In the afternoon, I decided to use the Icom 7100 and the SCG 237 tuner. I reconfigured the 100 foot ware as a delta loop fed at one of the low corners with the SGC 237. The funny thing was I had a tough time on 17 meters SSB even though I was running between 40 and 80 watts. 20 and 10 meters were better. I did work ZL1DK on 10 meters. I had a good ragchew with WA9BBS in Indianapolis about how he might go portable when he winters in Florida.

I enjoyed the day and the weather was sunny but not hot as we had a breeze all day. The wind kept the biting flies away. My contacts were

On reflection it seems the vertical delta loop was a pretty good DX antenna on 10 meters! 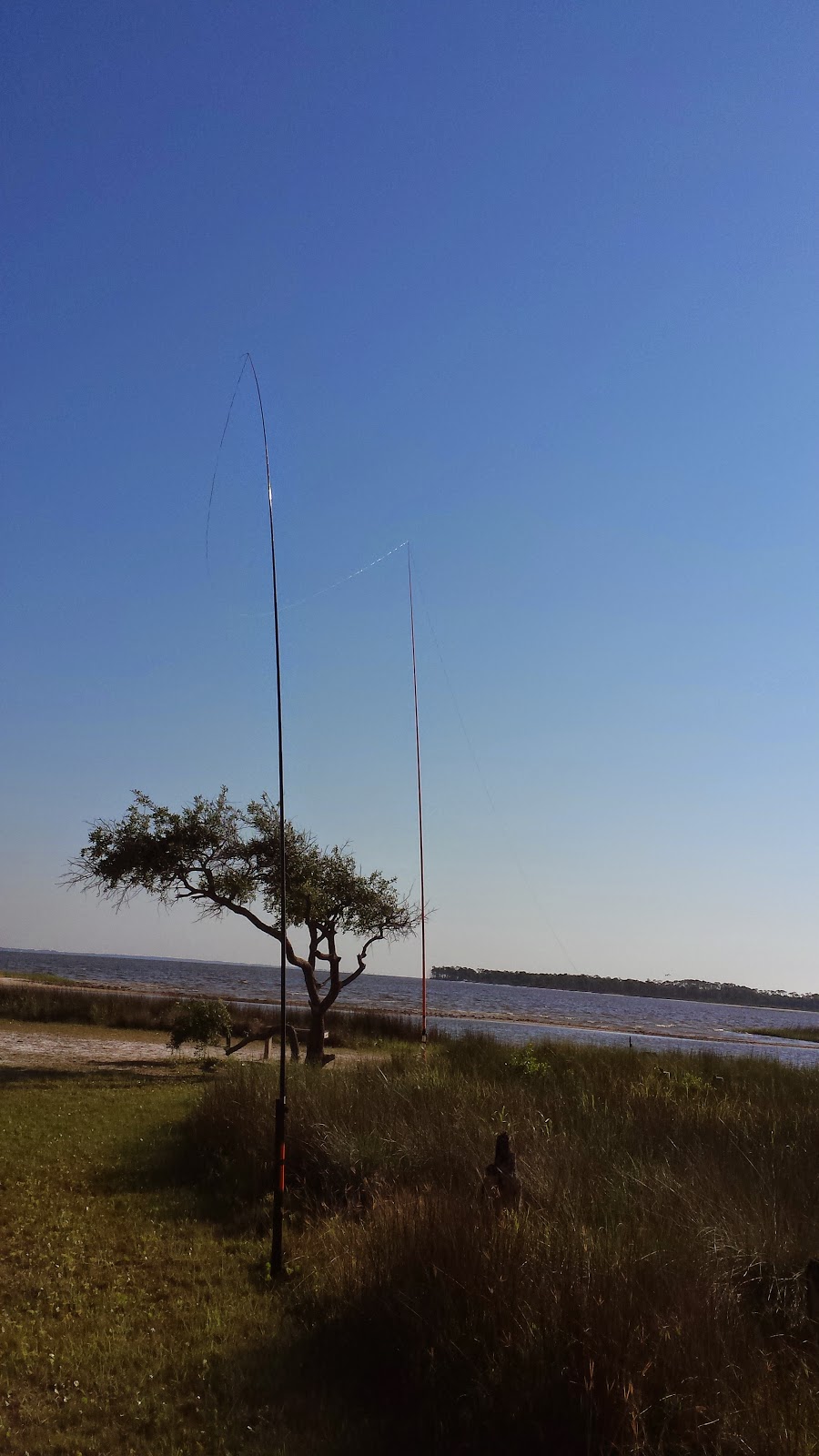