Yes you can POTA After NPOTA!

Northwest Florida is loaded with State Parks. See this map. WWFF-KFF is an on-going program that can fill in the void when National Parks On The Air NPOTA 2016 concludes. KFF activators need 10 contacts from a state or national parks and more. Hunters can just register and get rewards without sending their logs. I have done a couple of activations recently. You can also send in applicable activation logs you have back to January 2016. I sent in my NPOTA logs to Jason for a couple of additional activation credits.

Here is a note from Jason W3AXX who is the KFF coordinator.

We at parksontheair.com have taken the momentum of the National Parks on the Air program, added National Wildlife Refuges/Parks/ Recreation Areas, and State Parks of all 50 states.
There are free awards, and a nice community ready to go in 2017.
It is a permanent program and part of the World Wide Flora and Fauna, which has international backing and active all over from Europe to Australia since 1993.
Please find the "click here" to get started on the parksontheair.com main page. https://www.facebook.com/groups/parksontheair/If you have any questions, please send an e-mail to w3aax@outlook.com.
73 44 W3AAX - Jason

I was off on Friday, December 23rd. I decided to activate St Andrews State Park Florida KFF-1917 for the World Wide Fauna and Flora program. It is the closest State Park to my home QTH. I have so many antenna choices that picking one can be difficult. This time I chose the PY1AHD Alexloop which is a magnetic loop for HF. There was also a SO 50 satellite pass. So I packed my KX2 the Alexloop with tripod, and the Elk antenna disassembled into one backpack. Suzy and I walked to my favorite picnic table which is right next to the Grand Lagoon. I always try to be as close to saltwater as I can to enhance low angle vertical radiation. My results were

The HF contacts were good for 10 watts and the Alexloop. My DX contact was CU3AA in the Azores 3300 miles away. I spotted myself on DX Summit which brought some WWFF hunters who found me. My cadre of local chasers included WB4BLX, W5RE, K4LIX, N4STC and N1HQ. The good news is that Northwest Florida has many State Parks. They will be popular with the WWFF hunters. Merry Christmas!

Being December, this is the last month for the 2016 ARRL National Parks On The Air Event. I got another activation done on December 11th. It was the Okaloosa Island Area for the Gulf Islands National Seashore which counts for SS08. I was also recently introduced to the World Wide Fauna and Flora Program by Jason W3AAX who is the National Coordinator for the United States Program which is designated KFF. WWFF has activations and chasers similar to NPOTA and SOTA. The sites for activation includes all State Parks in addition to the National Parks and also some Wildlife preserve areas. This gives all of us USA portable operators lots of opportunities. WWFF looks promising for Rapid Deployment Amateur Radio (RADAR) operators. Jason mentioned their may be the possibility for a RADAR Award in KFF. I made this outing a WWFF-KFF activation as well as NPOTA. The Gulf Islands National Seashore is designated as KFF-0661. There is an impressive map of the KFF entities here.

My rig was the Elecraft KX2. I also used the QRPWorks Sidekar. My antenna was a adjustable dipole supported by 9 foot poles. I use this antenna for NVIS on 40 meters to improve my chances of working friends back in Panama City which was about 45 miles to the East. The antenna worked well as I got 599 reports from K4GXV and WB4BLX in Panama City on 40 CW. However on 40 SSB I was not workable funny right. I later checked the Eglin Ionogram Station which would be about 20 miles from the island. I found that the foF2 critical frequency was 7.025 at 1715 UTC. So I believe I had good NVIS on the CW end of the band but NVIS failed on the SSB part of the band above the critical frequency. Of course the antenna worked well at longer distances on 40 meters.


I had several of surprises. First I was called by Don KK4QAM a RADAR buddy in Sweetwater Alabama on 40 CW. I did not know Don had taken up CW. I also worked Don on 40 SSB. Second I worked a friend Bob W5RE in Crestview, Florida on 40 PSK-31. I used the PSK capabilities of the KX2 with the help of the SideKar. I have a tiny wireless keyboard for the SideKar that works very well. Bob was keying in his info on his Elecraft K3S. So neither one of us used a PC. Last surprise was a call out on 146.52 FM pulled in W5RH who was practically in sight on the bay. It is nice that he monitors the calling frequency.

A couple of notes. First, I used a Traveler Headset I got used. I found an adapter for the the KX2 from K6VHF on Ebay. It did a good job. Second, I used the Fast Log Entry (FLE) Software recommended for WWFF. It is an easy way to enter your contacts from paper or from a simple text file. I used ADIF Master to add a FREQ field to the ADIF output and I was able to also upload the file to LOTW for NPOTA.

All together I had 41 contacts. 3 on 40 CW, 12 on 40 SSB, 1 on 40 PSK, 11 on 20 CW, 13 on 20 SSB and 1 on 2 FM Simplex. I also adjusted the dipole for 20 meters so it got the job done for the activation. I tried 10 meters but none of the contest signals were strong enough to work. Suzy was my buddy. There were few people their as the weather was chilly with the cloud cover. The sun did come out before the day was over. This was my seventh activation of SS08. Perhaps I will get one more in before NPOTA concludes. 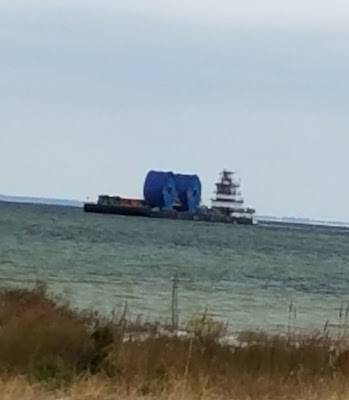 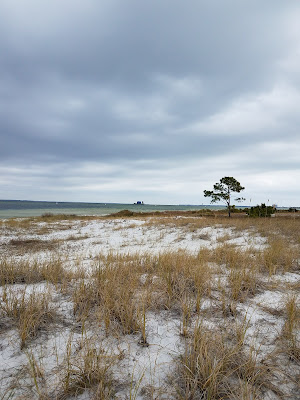 I squeezed in some amateur radio at the Southeast Alabama Rocketry Society (SEARS) launch in Samson, Al. My goal was to QSO with my friends on 40 meters. I used a 40 meter dipole 9 feet above the field to take advantage of NVIS propagation.  My rig was the KX2 at 10 watts.

KK4DIV was running 5 watts to Chameleon Loop from the Falling Waters State Park. I was very pleased. This antenna is a good choice for 40 meters particularly the close in contacts. I can shorten it up for higher bands as well. I forgot the stakes that came with the poles but I improvised. The poles breakdown into 3 foot sections that are pack-able. Here are a few more photos from the launch.