Saturday, I installed the Elecraft internal battery charger option in the KX3. I put in eight AA Eneloop XX NIMH cells. I waited for the charger for battery operation because with the internal charger I do not need to open the case to replace the batteries until they wear out. The charger is working well. It also provides a real time clock that I have set for GMT.

Of course battery operation and QRP go together. The KX3 has a high efficiency mode at 3 watts. So I wanted to try some 3 watt operation. I was in Dothan Sunday and I did some reverse beacon tests. My antenna there is a off center fed dipole. It did pretty good at 3 watts. See the spots below.

BTW, I don't see any problem charging the batteries via my solar panel. It looks like I can operate off the solar panel as well. If the panel dips the batteries take over. I have a DC to DC converter that will regulate the voltage. I also can use it to boost a source that is less than to 13.8 volts up to the 13.8 volts needed to charge the KX3 internal batteries.

The tall pines come in handy for the OCF in Dothan. I use a Balun Desighns 4 to 1 balun.at the feed point. 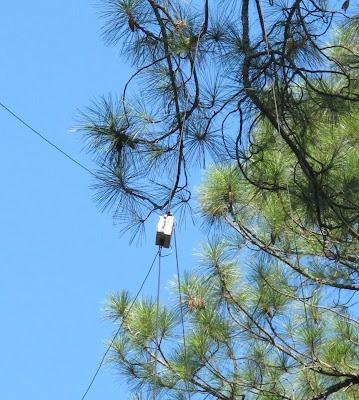 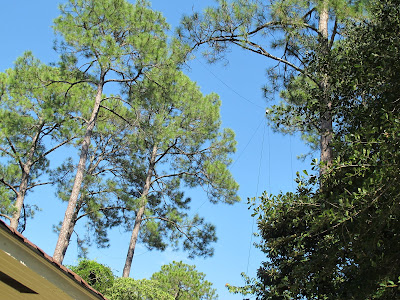 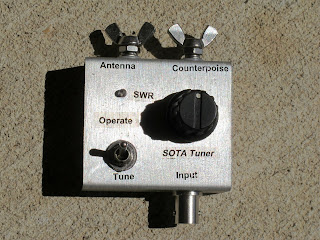 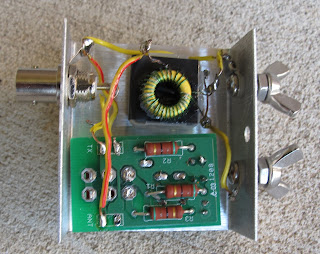 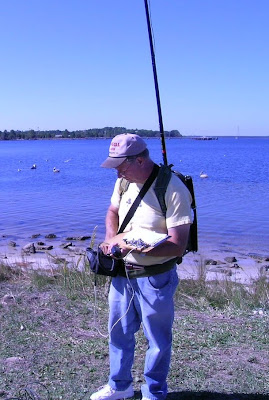 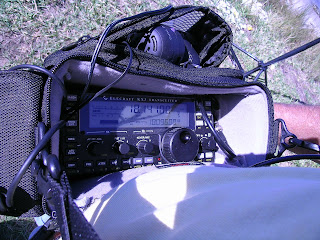 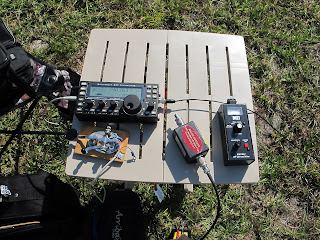 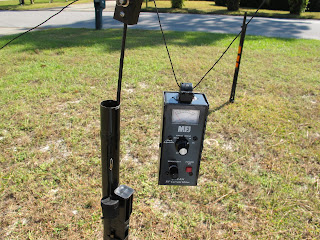