Suzy leads me down the Bay Walk path for my RaDAR warm up Saturday in Port St Joe, Florida. I did two transitions of about 1.5 kilometers. When she was younger, it was hard to make much forward progress on walks but at 11 months old she gets the idea.


You may find the antennas I used interesting as they are handy for RaDAR. At the first location I used the Chameleon Hybrid Micro with the 60 foot wire in an inverted L. I started on 40 meters but with the tuner in the KX3 I can switch to any band quickly. I took advantage of a pine tree to support the wire.


At the second location there were no trees. I used the Chameleon Hybrid Micro again but with a vertical whip.


At the the third location which was a pavilion over the bay. I used the Alexloop magnetic loop.

For RaDAR antennas with ease of setup and band flexibility are advantageous. A dipole is an excellent antenna but it can take more time to setup than you would think.

On Sunday, I chose the South Forest Park in Port St Joe. I chose to slim down to just the backpack for an RaDAR Excursion. I can pack the Alexloop in my backpack and store the tripod on the back of the pack.


I also packed the LNR Trail Friendly End Fed. It is the lightest antenna I have. I deployed it instead of the Alexloop and worked some of the DX on 10 meters.

Suzy and I did a one kilometer walk on Sunday. Here is a view along the way.


There is more to this story. On Saturday I was joined by Ron KK4DWE at Pate Park. He was able to check into his MARS nets late in the afternoon using his Buddipole. Also Mac W4NFG dropped by and chatted with us.

RaDAR is a cooperative activity. Fixed and other portable stations can help you get your five contacts so you can move to the next location. I had several of my contacts with Ron KK4DWE between parks, I also had several contacts from friends in Panama City including Bob WB4BLX and Mike KM4ELJ. On Sunday Bob WB4BLX went portable in Panama City and gave me some contacts.

A final note Tom WD0HBR of Dothan, Alabama was portable in Niceville, Florida. He found me on 40 meter CW. He was running 5 watts to a random wire. About the same time Bob WB4BLX came on. We had a super three way QSO with all stations deployed portable. That is hard to beat.

I thoroughly enjoyed the long weekend. I got in plenty of practice packing up and hiking between locations for RaDAR.  The RaDAR Challenge is November 7th.
Posted by N4KGL at 6:50 AM

There was so much going on Friday through Sunday, I cannot cover all it in one post. Linda, Suzy and I made it a long weekend as Linda worked Saturday and Sunday in Port Saint Joe. Friday we made it to St George Island. Suzy really takes to the beach. She toys with the surf coming in, but never gets her feet wet. She chases any moving wildlife, birds, crabs and the like. I could go on but see the photos. 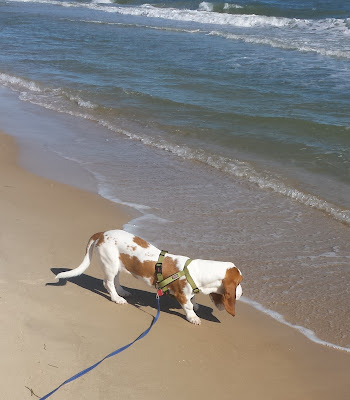 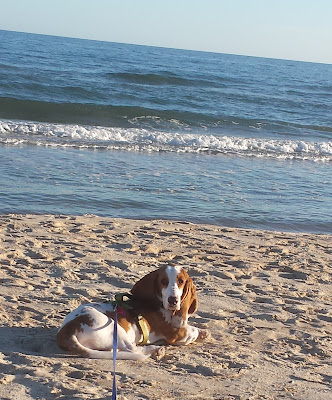 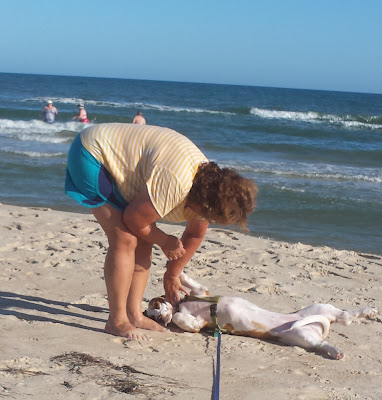 Saturday and Sunday I made several excursions between parks in Port St Joe for RaDAR practice.. When she was much younger it was difficult to make much hiking progress as she sniffed everything. I was surprised that now she will lead the way on the trails. So she is ready for some serious RaDAR. 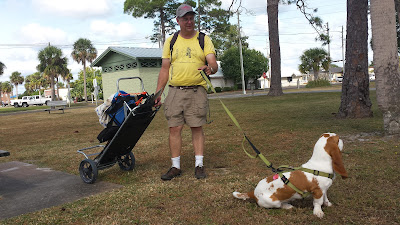 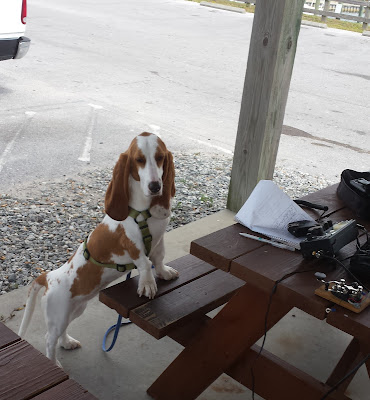 All in all she had a blast this weekend including climbing into the bed at the hotel, sharing my lunch and conning passer-bys out of a belly rub.

Hello everyone! I had another Saturday to operate at Port St Joe, Florida. Two hours of the morning was the RaDAR On The Air Meetup. The first hour was 40 meter and the second 20 meters. I brought my QRO portable setup as I thought the bands would be in bad shape. To the contrary, I found the bands were doing great for this part of the Solar Cycle. There were many good occurrences that made it a memorable day outside on the radio including:
For the contacts above I used a Wind Camp 40 meter Off Center Fed Dipole hung at least 30 feet high in a pine tree. It fit the bill for my 40, 20 and 10 meter contacts.


In the spirit of RaDAR I put away the QRO rig and loaded up my backpack with my KX3 and Alexloop. Suzy and I took a long walk. I returned to the same spot and setup. I was pleased to add more contacts running QRP including:

All together I made 18 QRO contacts and 10 QRP contacts. We had perfect weather and good HF propagation. Suzy and I enjoyed the day.

Setup Under the Old Oak Tree

I enjoyed a beautiful Sunday morning operating portable here in Northwest Florida. My rig was the LNR Mountain Topper and the antenna was a Wind Camp 40 meter off center fed dipole hung from an oak tree.

I had good luck working SKCC stations on 40 and 20 meters CW. The Straight key Century Club was having a Weekend Sprint. ﻿I also enjoyed having three ham visitors, Vic K4GXV, Bob WB4BLX and Phil N4STC.

The Next Rapid Deployment RaDAR Challenge is November 7th 2015

Per Eddie ZS6BNE: On the 7th of November 2015, from 00:00 UTC to 23:59 UTC, is the International ham radio RaDAR challenge. This challenge is different to any other in the world.


You have 24 hours to make as many contacts as you can but what is different here and what you need to take into account, is you need to move your station after ever 5 contacts for a particular distance depending on how you move. This applies to RaDAR moving stations only. You may want to take part as a fixed RaDAR station or field station. Your choice!

Don't forget you need to think of hydration and food for energy, especially for the "on foot" operators. The South African Radio League's contest manual spells out the challenge quite nicely. Please see page 34 of the attached link.﻿
www.sarl.org.za/Web3/Members/DoDocDownload.aspx?X=20150405090636SFmrxo7x6k.PDF

RaDAR is Rapid Deployment Amateur Radio. If RaDAR appeals to you visit Eddie's Blog and the Google+ RaDAR Community.

RaDAR Challenges Future and Past

It is time to start RaDAR "Dreaming". RaDAR is Rapid Deployment Amateur Radio. The next RaDAR Challenge is November 7th 2015. It is indeed challenging and rewarding to stress your equipment and operating skills in a multiple location scenario over a 24 hour period. Make five contacts and move! Think of those scenic portable operating locations you know and string them together. Also consider how to transit between those locations by foot, bike, canoe. car or other means.  We can thank Eddie Leighton ZS6BNE for conceiving this idea. What is your RaDAR Dream? Live it on November 7th! ﻿

Below are links and photos of my previous RaDAR Contest/Challenges. They all have been at Saint Andrews State Park near Panama City, Florida. Lots of fun to be had! 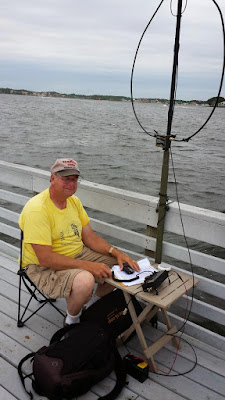 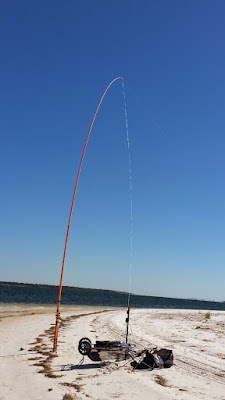 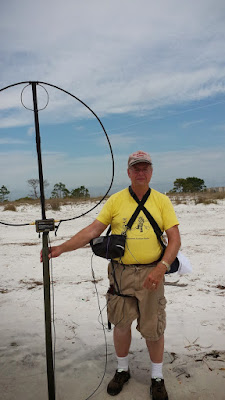 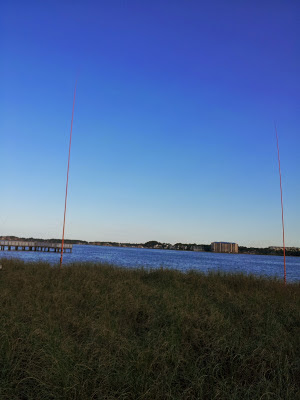 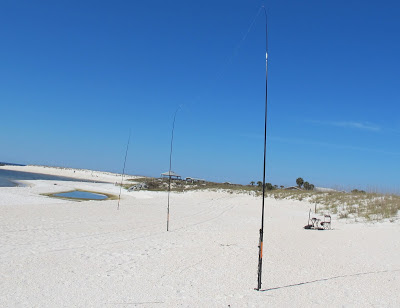 We setup our rigs but did more rockets than radios at the October 3rd SEARS Rocket Launch in Samson, Alabama. Don KK4QAM, Bob KK4DIV and his Step-son  Michael attended. Bob and Don are members of the RaDAR Community on Google+. Enjoyed it Guys! 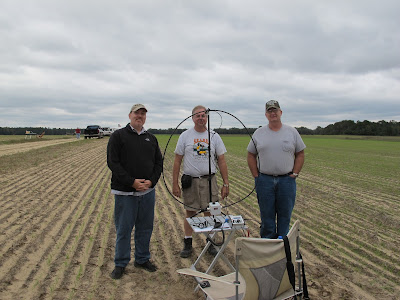 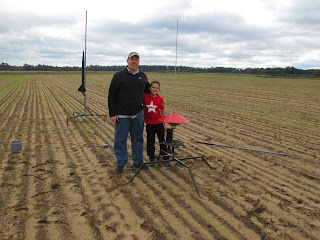 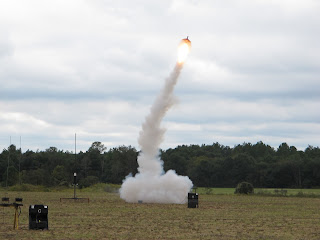 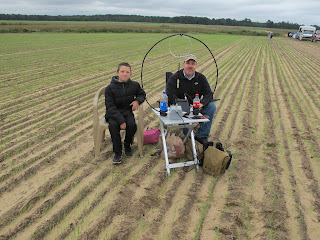 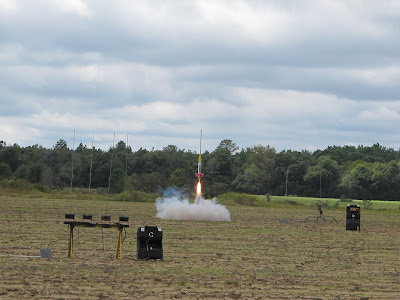