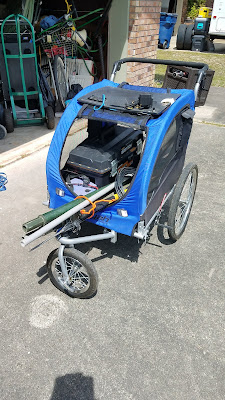 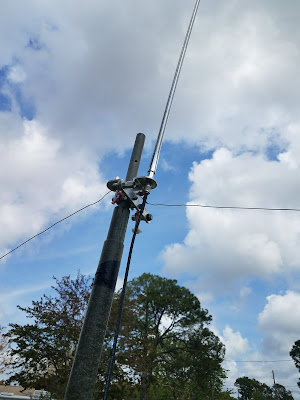 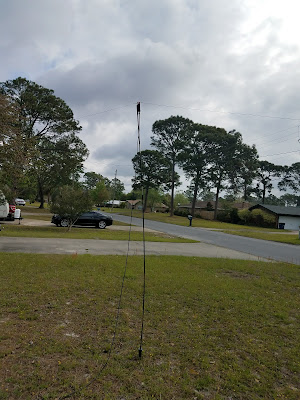 RaDAR on the Field Radio Podcast

Thanks to John Jacobs W7DBO for allowing me to talk about Rapid Deployment Amateur Radio and the RaDAR Challenge on his Field Radio Podcast. Take a look at all of John's podcasts and videos there. The topics are interesting for any outdoor amateur radio operator and the production is excellent. John hinted that he may go out for the April 7th RaDAR Challenge and make a video about it. Check back on Field Radio Podcast for that.

The goal of Rapid Deployment Amateur Radio (RaDAR) is to practice communication via amateur radio under difficult circumstances, in many different ways, being ever ready, and independent of external resources until it becomes second nature. The unique aspect of RaDAR is adding movement to outdoor operating. That is stations rapidly deploy, move with all necessary gear and redeploy. This is a stress test of operating capabilities but can be enjoyable and rewarding when undertaken in the great outdoors.

Thanks to Eddie ZS6BNE for originating and refining RaDAR over the years. Eddie discusses his ham radio story and RaDAR on QSO Today Episode 28.


Check out this video Eddie and his son made.


Here are the key links for RaDAR

Linda and I flew out to Chico, California for my youngest Daughter's wedding. So ham radio was not the top priority. Also, the weather was cold, wet, and windy for the most part. However, I did work in some operating. First of all, I packed the Elecraft KX2, batteries and just about every portable antenna I have. I had no issues with anything at TSA security. We went through the TSA Pre-check line. I did not have to take anything out of my bags and even kept my shoes on.


At the hotel, I got a 4th-floor room with an East facing window by luck. That is what I wanted. I set up the Alexloop in the window. I ran the WSPRlite beacon for a while. It was not getting back to KK4DIV's receiver in Panama City but did reach Auburn, Alabama. I made a CW contact or two. But for the whole trip, I heard little on CW. I am a late adopter on FT-8. So this was an opportunity to use it. I actually worked through making contacts on FT-8 with the software and a Signalink interface for the KX2. I made a few QSOs but being indoors I made a lot of calls that were unanswered.

I went out to the Bidwell Sacramento River State Park near the end of the visit. I decided to use the Gypsy dipole on 20 meters. I had taken a set of pole sections that I cut in half to fit in the suitcase. The sections make three poles that support the dipole at about ten feet off the ground. A park ranger came by and said it was a good thing I was not using the trees. So bringing the pole set paid off. I had not really advertised the visit to the park as a POTA activation. The internet on the smartphone was flaky so I could not spot myself. I heard very few CW signals and managed only one fleeting contact. But on 20 SSB, the ARRL SSB DX contest was underway. I did get two Hawaiian and an Alaskan station. I wrapped up with a JH8 in Japan. Having worked Japan on SSB, I called it a success. I had thought about a SOTA activation on this trip, but the weather worked against that. Also, the distance to an easy peak was at least three hours away.

In any case, Linda and I spent quality time with our Daughter Emily and her new husband Nathan. Emily showed us Bidwell park right in town. I saw some redwoods there.  Perhaps, the next trip will have better weather for ham radio and sightseeing.