RaDAR at the Park

Sometimes all the factors tilt your way in doing portable ops. Sunday, I went to a bayside park in Lynn Haven, Florida. I decided to strap a 31 foot pole to an existing post at the park. A 33 foot  wire (half wave at 20 meters) sloped to the shore where I setup. I used the Hendricks SOTA Tuner with a 17 foot counterpoise I laid on the sand. The saltwater of the bay was to the West.

The 20 meter band was not very crowded. I called CQ on 14.340 SSB and was pleased I was getting answers. I got two contacts with Arkansas and a SOTA operator in Texas. I felt like I was getting a boost from the salt water between us. I also worked MI NJ and NC. They were not so strong but solid contacts.

I got a visit from local ham Harold KF4YDO. While Harold was there I checked into the Maritime Mobile Net. Harold knew the net control who was 6Y5RP Rooney in the West Indies.

The rig was the KX3 at 10 watts. There is a mindset for some that you need to run CW to have QRP success. I would say give QRP SSB a try. This was somewhat a dry run for a meetup by the RaDAR community. It is planned for Saturday December 7th at 1630Z to meet on 14.342.5. That Saturday I will be at the Samson, AL launch site for the SouthEast Alabama Rocketry Society. It is not by the bay but lots of rich soil there. I plan to use the same half wave setup. As a bonus I am including my rocketry video below. It is my claim to fame on YouTube. It has over 740 thousand views. See http://youtu.be/-8JgHb0q7Bw 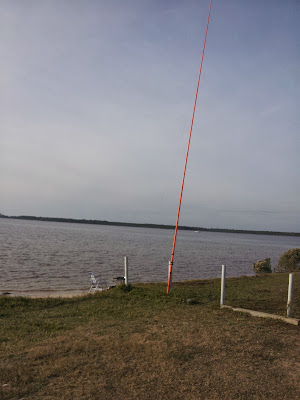 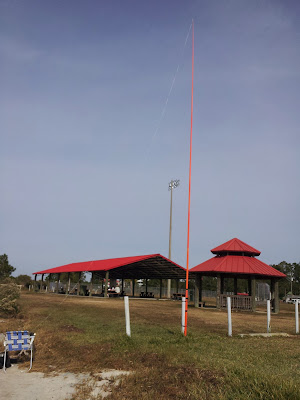 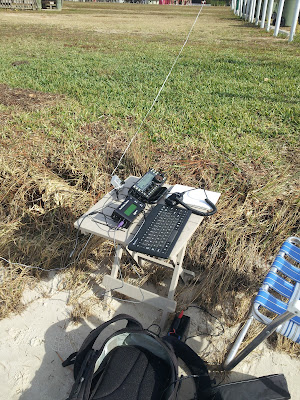