I have heard many QSO Today Podcast guest hams say that the S38, or similar, was their first receiver. I found a cheap Halicrafters S38-C Reciever on eBay. It was recapped by the seller. 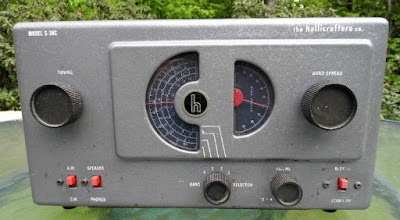 I am using the S38 up with a 10-foot indoor antenna. The 3:5 to 13 Megacycle band is stacked with shortwave stations. I hear English language broadcast from Holland and Beijing  It is nice to access so many stations without changing bands, I can tune them with a flick of my wrist. The sound is room filling. This radio does a good job at what it was designed to do. 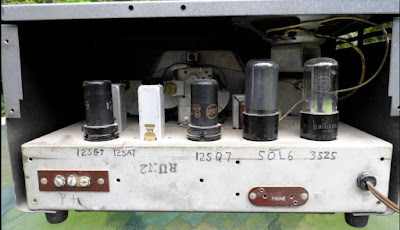 I can also hear 40 meters CW and SSB with the CW BFO turned on. Those signals may be too fleeting for serious ham radio. I have a hard time dialing in an exact frequency, but I hope to eventually hear Bob Heil's Ham Nation podcast and organ music broadcast on the WTWW shortwave station in Lebanon, Tennessee. 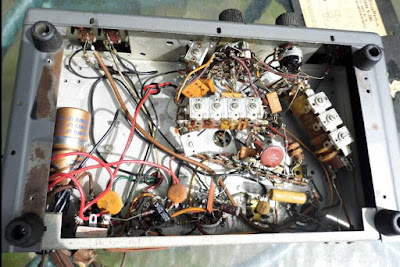 The Hallicrafters S-38 was a basic, but very good communications receiver introduced in 1946.  The S-38 was Hallicrafter's entry-level communications receiver, priced at   $39.50   The radio was so popular, that it was produced in several variations and remained in production until 1961!  Famous industrial stylist Raymond Lowey designed the cabinet used in the S-38 through S-38C.  The S-38-D and S-38E were externally restyled and bore little resemblance to the earlier models.  The S-38 contained only six tubes, but included the following useful features:
To keep the receiver price low, all S-38s were transformerless designs.  This type of design works well, but presents dangerous shock hazards.  The safest way to operate an S-38 is to use an isolation transformer in the AC supply to the radio.   The set can be operated safely without an isolation transformer, but ONLY if the original back cover, bottom cover and rubber chassis isolators are in good condition. 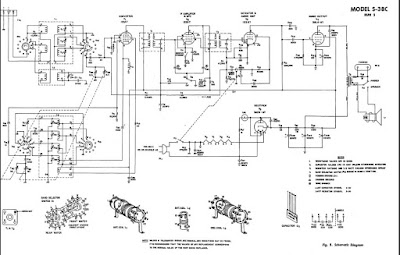