Team of Two for the November 2017 RaDAR Challenge

I am happy to report that the plan, the weather, and the radio propagation came together nicely for the November 4th, 2017 RaDAR Challenge, RaDAR is Rapid Deployment Amateur Radio. It originates with Eddie Leighton ZS6BNE in South Africa. I was pleased to have Dennis WA6QKN as a teammate. Our venue was St. Andrews State Park near Panama City, FL. We operated at four locations within the four hour period. We traveled one kilometer by foot between locations. It was necessary to make five contacts before moving to the next stop. 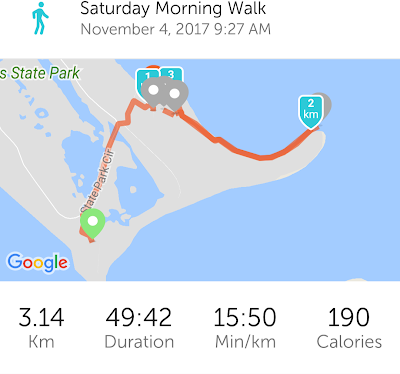 Location 1 was the parking lot at the Jetties area. I chose to take a gamble and do an FO-29 satellite pass. I felt it was a gamble since I have not been too active on satellites lately. Fortunately, I made nine contacts. Among the contacts were Bob KE4AL in Dothan and Chris VA3ECO in Ontario. They had a heads up I was on satellite. Chris is my Elmer for linear satellites. 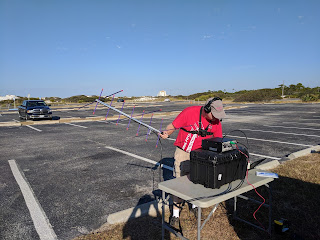 Location 2 was one kilometer North at a clearing near the turpentine mill. I chose 40 meters. Dennis and I erected a 40-meter dipole supported by three ten-foot fiberglass poles. The rig was the KX2 running ten watts.The low dipole supports NVIS. We were able to work Tom WD0HBR and Don K1DC my friends in Dothan, Alabama 75 miles away on CW.  We got a couple more CW contacts and worked Don KK4DWC in Southport on SSB. 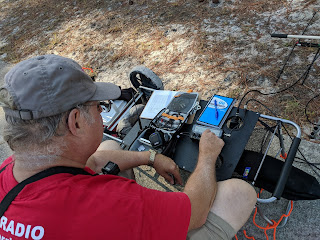 Location 3 was Sandy Point. It is on the Grand Lagoon shore and gives us a wide azimuth over saltwater. I chose the Chameleon whip with transformer and two counterpoise wires for vertical polarization. Verticals on the salt water are always a great performer. We operated 20 SSB. We picked up Jim K4LIX local and four more. Two were in Canada including Chris VA3ECO. We had roughly 45 minutes left in the four hours when we packed up. 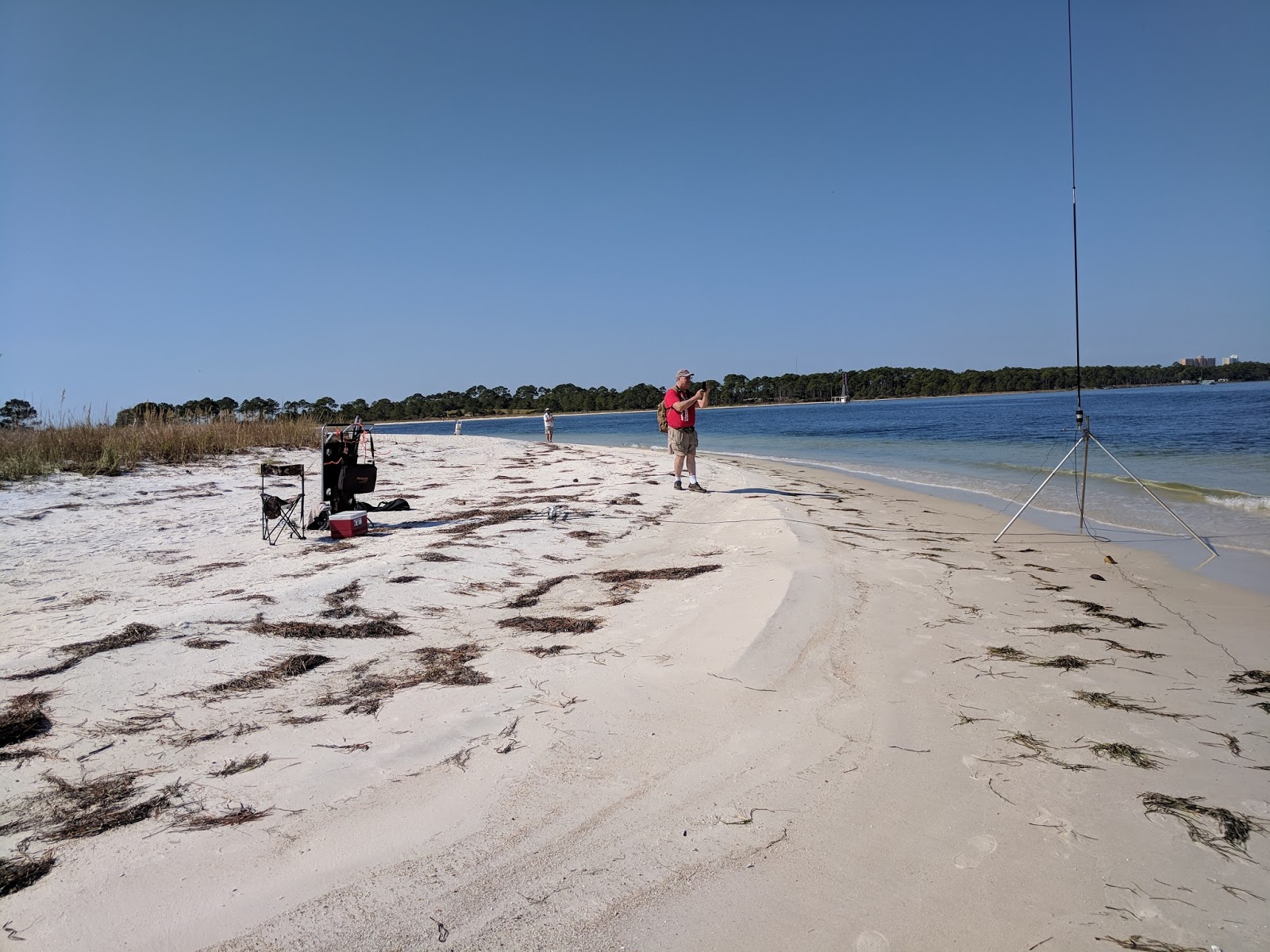 Location 4 was the picnic area still near Grand Lagoon. We chose the Chameleon vertical again. I spotted us on DX Summit as WWFF KFF-1917. It created a pile-up which was just what we needed on 20-meter CW. The chasers included two stations from Spain, one from Canada and Joe N2CX who was at a park in New Jersey. 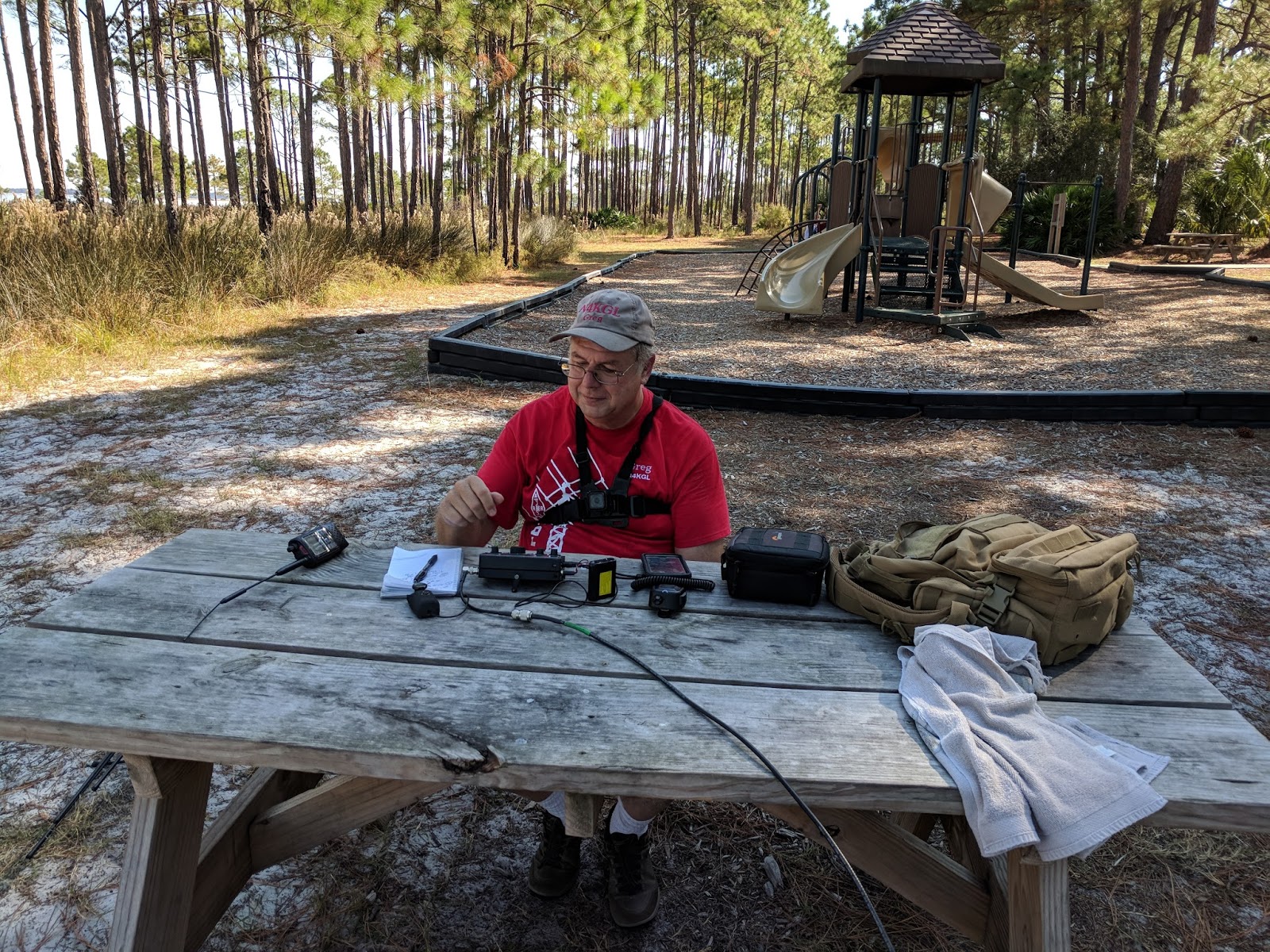 I often make three locations in the four hours and am struggling to make the fourth. This time we made four which is par for the course. I think Dennis made the four locations possible with his help with the gear. We took turns pulling the cart. Maybe RaDAR on foot is a little like golf. We did enjoy four great venues in one outing. The only thing we lacked was a RaDAR to RaDAR contact. Tom G0SBW heard us in the UK but missed working him. There were a number of other RaDAR operators active. You can find their reports on the RaDAR Community on Google+. Welcome back to Lucy M6ECG! 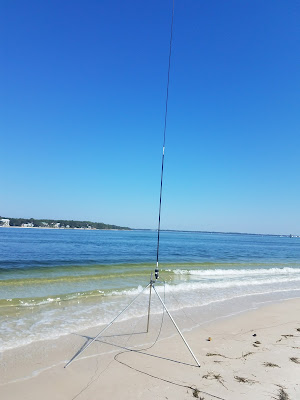