I operated from Topsail Hill Preserve State Park near Miramar Beach, Florida on Saturday, October 14th. The park is POTA KFF-3664. I originally was going to the rocket launch in Samson, Alabama. I replanned when my wife was asked to work in Miramar at the last minute. The volunteer taking my money saw my Field Day T-Shirt and was very in tune with ham radio and emergencies. 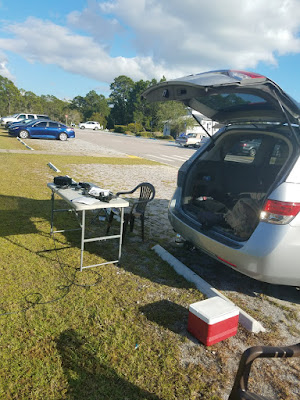 I was not too ambitious and worked right out of the parking area using the van for shade. The rig was the Elecraft KX2. I chose to use the Bravo 7K vertical antenna. It requires no trees or stakes in the ground. I got weak reports on 40 meters but it did OK on 20 meters. At first, I was targeting the QRP ARCI Fall QSO party but did not hear much activity. I ended up working two other POTA stations. The rest was a hodgepodge of including FISTS and NAQRPCC anniversary stations. I heard DX activity on 10 meters SSB but no luck. I did snag one station on 15 CW and one on 17 meters SSB. The total was 17 contacts which will net a POTA activation. I had good conversations with the Park staff and a camper from Kentucky. 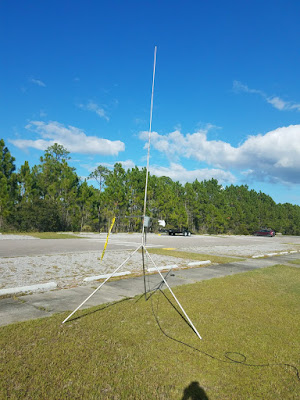 There are plenty of State Parks here in Northwest Florida to activate. My plan is to meet up with Tom WD0HBR from Dothan at Rocky Bayou State Park near Valparaiso, Florida. He will be visiting that area on Saturday, October 21st. 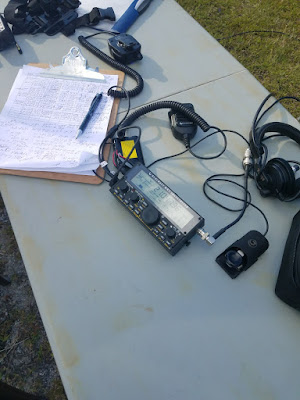