Stepping out for the Summer 2018 RaDAR Challenge

The Summer RaDAR Challenge is particularly challenging in Northwest Florida due to the July heat and humidity. Nevertheless, I chose to do RaDAR on foot this time. I picked a venue that included the Hathaway Bridge and extends to Carl Grey Park in Panama City. This area is on North Bay which provides a shot over saltwater to the rest of North America. 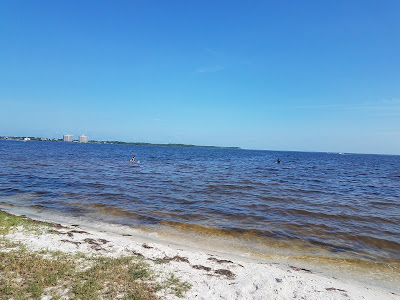 I toyed with the idea of operating HF pedestrian mobile from the top of the Hathaway Bridge using the Elecraft KX2 and an MFJ 20 meter whip. I did a test prior to the challenge. I found that the whip that normally tunes well with the KX2 internal auto tuner, did not tune well on the bridge. The SWR did not get below 3.8 to 1. I suspect that it was the metal railing that extends the length of the bridge. Also, the bridge has no stopping signs for pedestrians. It makes operating HF pedestrian mobile a challenge for me. However, I did manage a contact with Steve WG0AT. I was terrible sending code while walking. 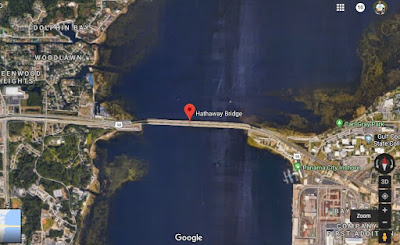 My plan got refined to use only the Alexloop for my HF antenna. I held it in my hand while standing for locations 1 and 2. I had the Elecraft KX2 in an open camera case on my side. For locations 4 and 5, I held the loop while sitting on a park seat. This approach made my antenna setup time essentially zero. It also minimized the weight of my pack up.

I always like to make contacts with Tom WD0HBR when I am portable. The question was, could the Alexloop get my signal to Tom's QTH seventy-five miles away on 40 meters? The answer is in the video below.

My four-hour operating window for the challenge was 10 AM to 2 PM local time. That time coincided with the IARU HF Championship. When I checked 20 meters at 10 AM, I could not find a clear spot due to the contest. I decided to QSY to 15 meter SSB and pick up five local contacts.

After my walk to the top of the Hathaway Bridge, I worked five more local contacts on 2 meters FM Simplex. I had trouble getting the fifth contact, but Linda KG4TJL rescued me. She is Bob WB4BLX's XYL.

I returned to the same spot I used for location 1 to be my location 3. This time I got on 20 meter SSB and worked five locals including Bob KK4DIV, who was also doing the RaDAR Challenge around Panama City. He decided to drive between locations. Bob KK4DIV Bob WB8PAF and I used magnetic loops for our HF antennas.

I headed to Carl Grey Park for location 4.  It had some needed shade while still on the bay. I decided to join in on the IARU contest to get five SSB contacts. I did hunt and pounce. After five contacts, I took a meandering walk in the park area to get one kilometer and returned to the same spot for location 5.

At location 5, I got four more contest stations on CW and then an SKCC station answered my CQ for the fifth contact.


The RaDAR Challenge offers a bonus for the first Satellite contact. My four hour period was ending with an AO-85 satellite pass. I used a Yaesu FT-60 HT and an Elk antenna that I had been carrying. I was successful to contact two friends. They are Robert KE4AL in Dothan and Jim K4LIX here in Panama City.


Thanks to all the locals for the contacts. They include Phil N4STC, John KN4PMA, Jim K4LIX, Jack N1HQ, Don KK4DKT, Bob WB8PAF, Bob WB4BLX and his XYL Linda KG4TJL. I have a Fitbit watch that tracks my steps. With the challenge, I had a 10K step day. 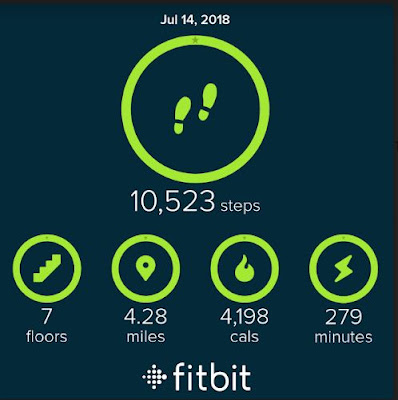 I am looking forward to the November 3rd, 2018 RaDAR Challenge. Please join us and do RaDAR to RaDAR. It will be cooler here in Florida. Note, Eddie ZS6BNE the originator of RaDAR, has written a new book called the RaDAR Game. You can download it at.this link. The RaDAR Google+ community is at https://plus.google.com/u/0/communities/109283065808971118728