The RaDAR On-The-Air Meetup and the SouthEast Alabama Rocketry Society Launch both happened Saturday February 1st. I was joined in Samson, AL by John W8JER and Micky visiting from Michigan. John brought his FT 817 and his homebrew magnetic loop. John and Micky enjoyed the launch. It was their second this year. It was fitting that my gear for RaDAR was my KX3 and Alexloop. That put two mag loops on the field at the same time.

The first hour of the RaDAR meetup was on 15 meters. It was exciting to grab a QSO with Tom G0SWB right off the mark. He was holding down 21.385 pretty well. His grid square was TM01MS. The last twenty minutes of the hour was CW on 21.060. Right there was Eddie ZS6BNE in South Africa. I had fairly good copy at times but I did not snag him.

The second hour was on 20 meters. I worked Pat N0YCA right off the bat. Pat, forgive me for asking for your name for the third time. The band became very crowded with several QSO parties going on. The last 20 minutes was CW on 14.060. Pat N0YCA was right there and we had a brief QSO. Just a few minutes later I worked Larry W2LJ. His blog is at w2lj.blogspot.com. Larry was working Freeze your Butt Off, FYBO. It was 35 F in New Jersey. Later in the day I showed the new Icom 7100 to John. A check of 20 meters SSB had WB4IRR calling CQ for FYBO running QRP from a mountain top in Virginia. He was coming in great and I set the 7100 for 10 watts and had a good exchange.I have to say there was an excellent turnout by the RaDAR community and there are many posts there about the meetup. Check them out at this link.

In the rocket department, I tested out a five inch diameter rocket I intend to use for radio payloads. This flight the payload was a 2 meter fox in it and an altimeter. The motor I chose was a J 275. The flight was perfect. I estimate it went to 1200 feet (altimeter failed) and a one minute descent under chute. Jason N4JTC has volunteered to be my payload specialist. He has some ideas I will share later. The weather was nice as the day went on and the rocket club took full advantage of it.

I spent Saturday night with my parents in Dothan. Sunday, I found that my 80 meter OCF antenna was damaged by limbs falling after the ice storm. The balun took the brunt of it,  I used the balun as the insulator and it was pulled apart and fell to the roof of the house. Seems the instructions recommended hanging the balun from an insulator. I see why that is a good idea. The weekend was topped off by a visit from Tom WD0HBR in Dothan. Tom says this is an opportunity to try something new. I agree and perhaps I will use 300 ohm line from the OCF and a balun near the shack. 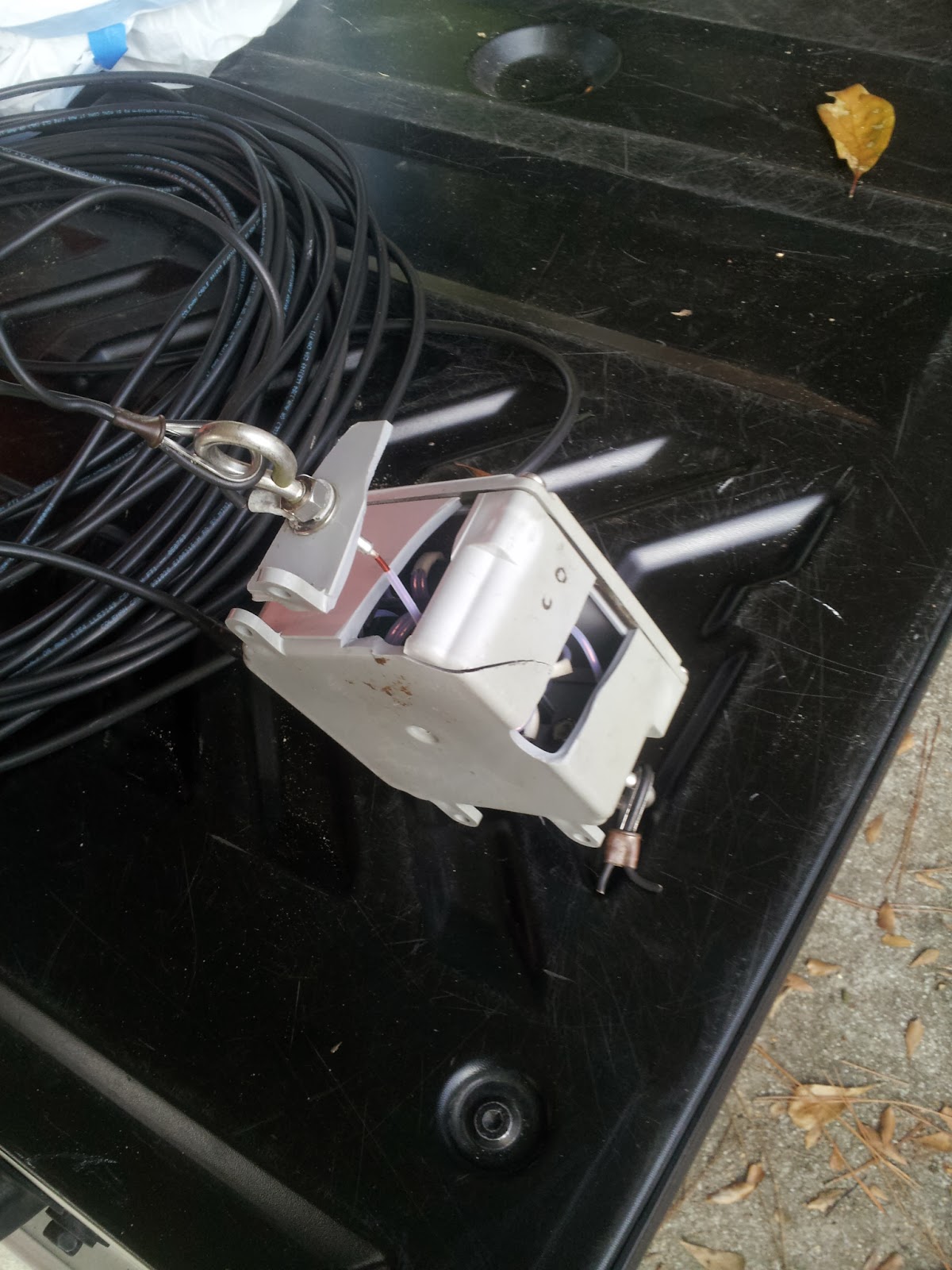 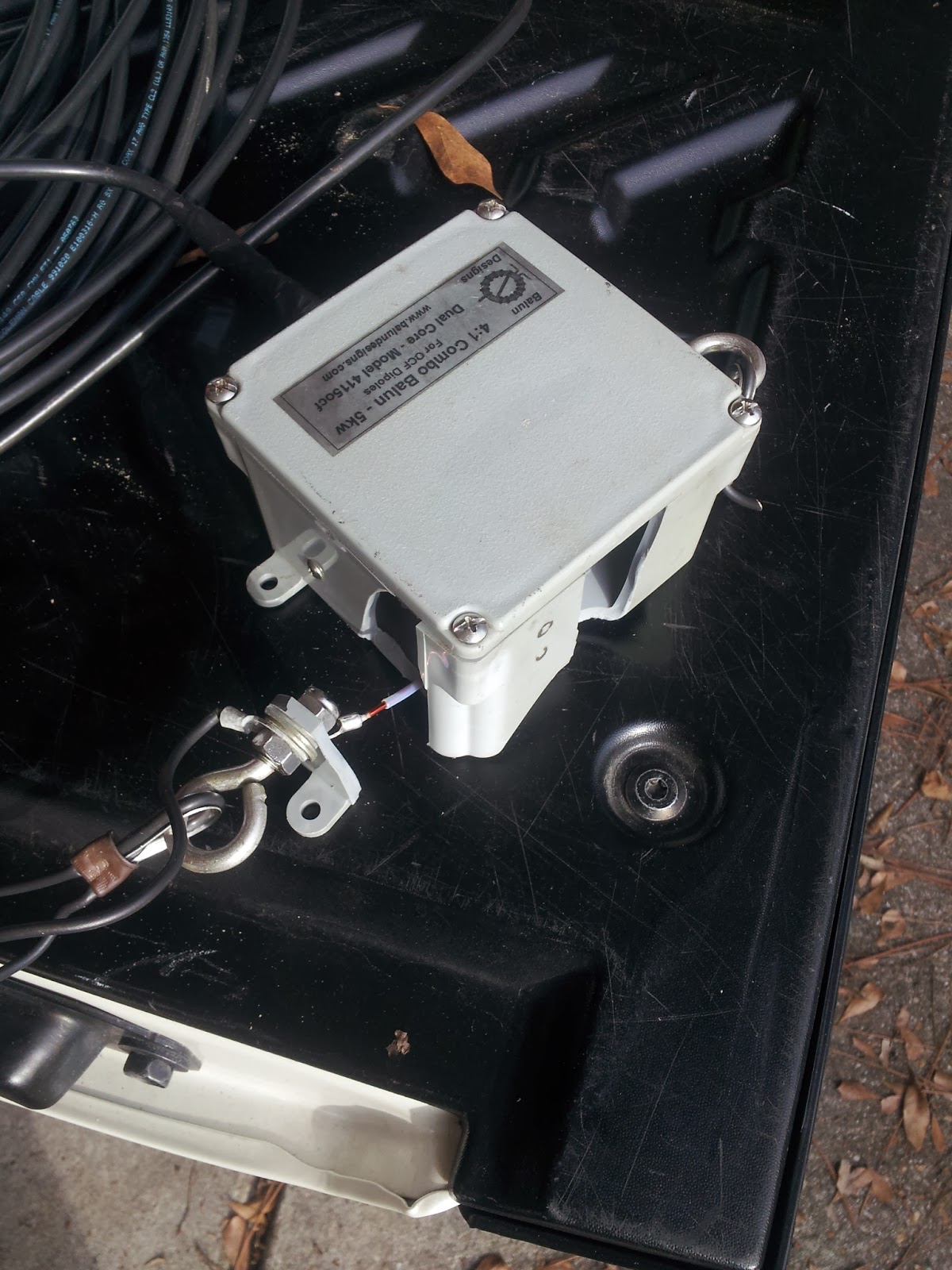