Winter Field Day happened to fall on a SEARS rocket launch day at Samson, Alabama. Chris VA3ECO and I did about 2.5 hours of operating when we weren't distracted by rocket launches. The weather was about 50 degrees. With a breeze, that was enough to keep us honest. We had fourteen QSOs with a mix of CW and phone for 120 points. However, the bonuses stacked up giving us a total  a total of 6120.

The rig was my Icom 7100 at less than 100 watts with a 40 AH LiFePO4 battery. The antenna was the Chameleon 5 to 1 transformer and 65 feet of wive as an inverted L. This was good enough to give us a taste of the action. Below are a few rocket photos and the sound from the AO 85 satellite QSO. The satellite QSO was not until Sunday morning.

I met Chris VA3ECO and his wife by chance at Conservation Park last Winter while Suzy and I were doing RaDAR. Chris has returned to Florida for this Winter. We were pleased that he came up for the January 14th Rocket Launch in Samson. Chris had done some rocketry in Ontario from his boat on a lake since cleared land is hard to find. He got quite a rocket show from our SEARS rocket club members. I did a launch of my Big Boy for Chris and Chis launched my Estes Stealth,


Chris put together this video of the launches.

Radio-wise, I setup my Elecraft KX2 for 40 meters. I did not have any luck getting back to my buddies in Panama City or Dothan, However, the NVIS Dipole did well to at longer distances to  Florida and Georgia. I had the honor to work KM4ZVC/AG for his first HF QSO as a new General Class.

Suzy enjoyed trips up and down the road on the farm. I took her off the leash for some of that. I also did a SO 50 satellite pass. I got K3GDS at grid FN00 and N8IUP at grid EN81. The launch site is EM61. 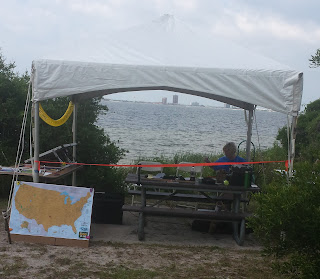 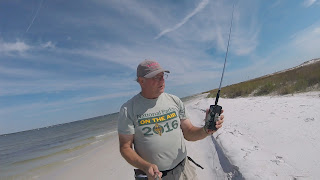 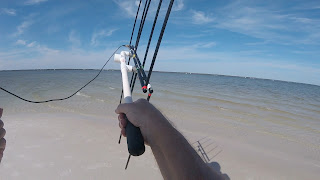 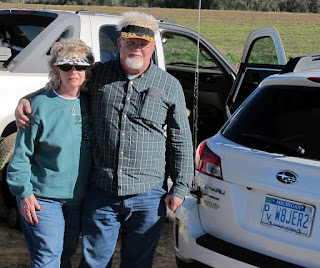 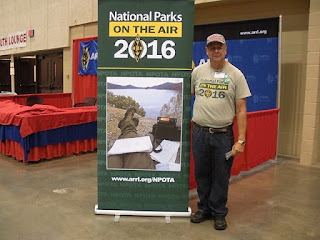 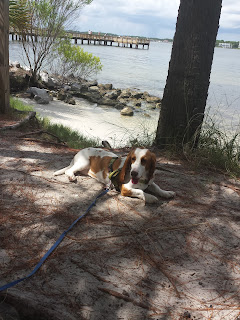 My Last National Parks On The Air Activation

The ARRL 2016 National Parks On The Air Event has concluded with the years end. It was a very popular amateur radio event to help celebrate the National Park Service Centennial. So I decided to squeeze in one more activation. I chose the closest site for me. It is the Okaloosa Island Day Use Area which is a little more than an hours drive just West of Destin, Florida. It is part of Gulf Island National Seashore which is designated SS08.l upload my logs to Log Book Of The World LOTW and the World Wide Fauna and Flora system. Note the NPOTA SS08 is KFF-0661 under WWFF. This is my eighth SS08 activation and the sixth time at this Okaloosa Island site.

The weather was a bit chilly at 55 degrees (F) and cloud cover. I started with a SO 50 satellite pass which netted two contacts. On HF I used the Elecraft KX2 running ten watts to a N6BT Bravo 7K vertical. I used 100 feet of RG-8 to get the antenna close to the saltwater shore on the North side. I did not go with my NVIS antenna for 40 meters since foF2 was not above 7 MHz. That nixed any HF contacts back to Panama City.  I was able to use the longer skip on 40 meters. I snagged Craig NM4T near Huntsville which was as short as I could get. It was a surprise and pleasure to work Craig my buddy and the Huntsville QRP guy. Also Suzy was my buddy once again.

So my total is 60 contacts. Several were the first SS08 for the chasers. The breakdown was


NPOTA has been a great experience. It ended too soon. My plan right now is to continue my start with the WWFF-KFF for portable activations. It has hunters which are the equivalent to chasers in NPOTA.. You can take credit for 2016 NPOTA activations in that system by submitting your logs. The nice thing about KFF is that it includes National and State Parks. There are lots of State Parks in Northwest Florida for sure.